We welcome the new year with several agency authors in the media. 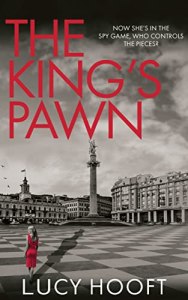 on the Curtis Brown Creative Writing Course blog. Lucy Hooft studied their six-week online Write to the End of Your Novel and Edit & Pitch Your Novel courses in 2018. Her debut The King’s Pawn (book one in The Sarah Black Series) is out now with independent publisher Burning Chair. She spoke about the lifelong friends she met on our courses, her love of thrillers and her journey to publication.

Mary Novakovich had a Croatia feature in print in ⁦Times Travel. Her new Croatia travelogue, is shortlisted for the ⁦Stanfords Travel⁩ Travel Book of the Year award.

She even shared her diet tips with the Daily Telegraph!

There was also a review of BEHIND CLOSED DOORS for The Past Magazine and a review for Graydon Carter’s Airmail digital magazine.

In this month’s media roundup of agency authors, you can’t keep a good book down as Seth Thevoz’s Behind Closed Doors, was named by London’s Heywood Hill bookshop as one of the “10 BEST BOOKS OF THE YEAR!”

The TLS also gave the book a terrific review, describing it as ‘“Exuberant, rollicking… Behind Closed Doors is full of amusing anecdotes and waspish character sketches.”’.

In podcast news, Andrew Jeffrey was interviewed on the Spycraft101 podcast about his book A Taste for Treason, out now. You can also read the the preface to Andrew’s book, completely free here.

Staying on the spy podcast theme, Henry Schlesinger was interviewed on the International Spy Museum’s Spycast to discuss his newest book, Honey Trapped: Sex, Betrayal, and Weaponized Love, which explores the fascinating relationship between sex and spying. 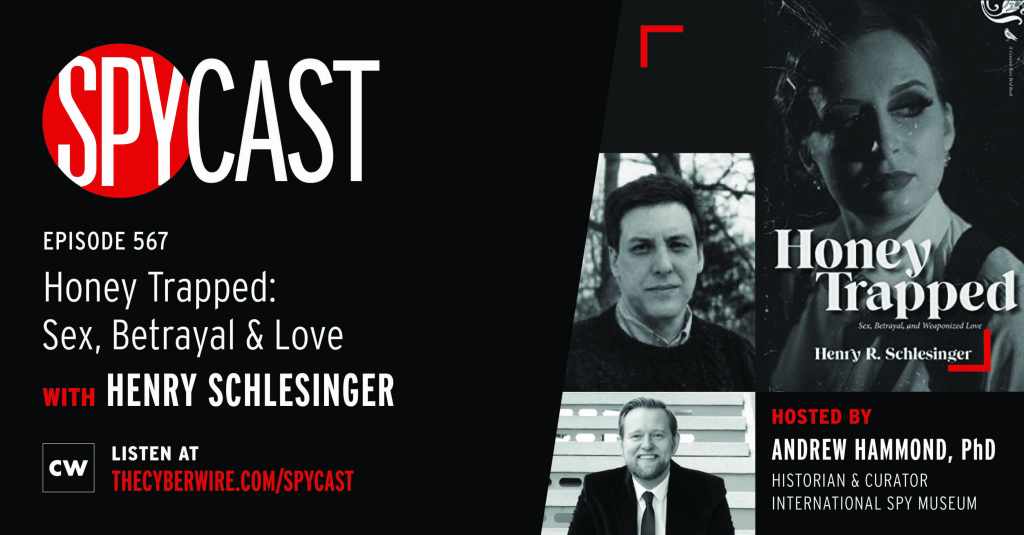 And… you know about Benjamin Franklin in Paris as a “bon vivant, wily diplomat and aging lion,” but read Henry’s article about him as the “Founding Forger” engaged in disinformation and fake news during the Revolution!

Sarah-Louise Miller reveals the forgotten history of the intelligence battle that set up a decisive victory at Midway on the History Hit podcast. Her new book is available for pre-order and published on March 16th 2023.

Lucy Hooft appeared on two podcasts to discuss her debut spy novel The King’s Pawn: The Writer’s Routine and The Hobcast. Her novel is inspired by a real life event no-one has heard of, and takes place around the South Caucus region, which few people know about.

Finally, a double for Mary Novakovich and C. J. Schuler, whose books appeared on Wanderlust magazine’s best travel books for 2022.

And in wonderful news, as Mary’s book ‘My Family and Other Enemies: Life and Travels in Croatia’s Hinterland’. was shortlisted for the Edward Stanford Travel Book of the Year. Published by Bradt Guides.

Is the Holy Ghost a vote-winner? Prime Ministers and God, from Balfour to Boris.

‘From Churchill’s faith in Jewish philosophy to Ramsay MacDonald’s love of horoscopes, Mark Vickers’s God in Number 10 is full of surprises. Vickers, himself a Catholic priest, has given us a wonderful new reference book of the beliefs (and non-beliefs) of 20th-century PMs – a meaty volume that can also be consumed as a social history of British religion.’

Mark wrote a column for Credo in The Times, on how new Prime Minister Rishi Sunak will draw on the Hindu concept of service.

He also wrote a column for The Daily Express, asking whether our politicians have abandoned God and with it any moral compass.

‘Does Party-gate or the Chris Pincher scandal count for nothing? The values of the Government must consist of more than narrow interest or the struggle for mere survival.’

Charles Moore noted the book in The Spectator, which he helped launch on Wednesday 26th at the House of Commons. God in Number 10 was published by SPCK on October 20th.

The personal faith of PMs

And speaking of God, Seth Thévoz will appear as a regular guest on the podcast Oh God, What Now? Listen to him on his first episode here.

He also wrote an article for Sphere Magazine that uncovers the history of London’s Private Members’ Clubs, and lists the clubs – old and new – to know now.

Andrew Jeffrey’s A Taste for Treason was well reviewed in The Times.

And Mary Novakovich’s My Family and Other Enemies was reviewed in the Literary Review.

‘Guidebooks tend to tell readers why it is worth going to see somewhere today. Novakovich has written those too, but this book explains what lies behind what is worth seeing. The human hinterland is as fascinating as the landscape.’

Agency author Dr Sarah-Louise Miller recently appeared on an episode of the currently airing series of Channel 4’s My Grandparents War. Sarah travelled to Greenock in Scotland to film for the episode and was tasked with explaining to actress Keira Knightley what her grandmother’s Second World War service entailed. Keira’s grandmother, Jan, worked for the US Army’s 5th Port in the Transportation Division, and helped to organise and execute the movement of Allied troops for the D-Day invasion. The episode can be viewed on catch-up on All 4 here.

Mary Novakovich appeared on the True Travel Podcast and her book is now available worldwide.

Seth Thévoz was interviewed for The Chap Magazine, which is available in all good newsstands now or you can download the digital edition here.

He also joined Kate on the Betwixt the Sheets podcast to reveal the secret history behind some of London’s most famous members’ clubs, from 1693 to the present day.

Listen back to the History Hit’s Betwixt the Sheets podcast.

Michael Smith’s THE REAL SPECIAL RELATIONSHIP continues to garner stellar press. The Times Literary Supplement (right) featured it as a lead review with an introduction by the editor in chief. It was described as “a lucid account, rich in anecdote and detail.”

The Cipher Brief, a daily email put out by a US organization which produces reports on intelligence issues by former prominent spooks, also published its own review and notes “Smith’s careful research enables him to challenge a few myths.”

The book was also reviewed in Country Life Magazine by Allan Mallison.

“Michael Smith was an intelligence professional before turning to journalism. There are few as qualified as he to put the whole story together and few who could tell it with such cogency. He relates the 80 years’ cooperation between the intelligence communities (principally the SIS and CIA) in astonishing and revelatory detail, with pace, clarity and authority. It is, quite simply, magnificent.”

And by John Rathbone, the Financial Times’ security & defence correspondent, who said:

“Michael Smith, a former military intelligence officer and author of several books about spying, handles the material judiciously and writes with élan.”

Mary Novakovich’s MY FAMILY AND OTHER ENEMIES published August 18 and was featured in Country Life (right). She also appeared on DK Travel’s Where To Go podcast, the Travel Writing World podcast, Destination Food Drink and Monocle Reads: Meet the Writers.

Seth Thevoz’s BEHIND CLOSED DOORS was reviewed in The Spectator Australia, noting “despite the vastness of its ambition, Behind Closed Doors serves as a well-researched one-stop introduction to the complex social history of the club.”

The London Review of Books also wrote an illuminating essay about the book and Clubland in general.

The book was also reviewed in The Financial Times, saying:

“This well-researched romp through the history of the capital’s private members’ clubs overturns many myths along the way… Compendious and entertaining, Behind Closed Doors: The Secret Life of London Clubs is the result of thorough research, lightly worn. Thévoz writes with energy, conviction and amusement at the ever-changing variety of human congregation and its foibles.”

Caroline Boggis-Rolfe’s ADRIATIC published on August 15 and she appeared on The History Hack podcast.