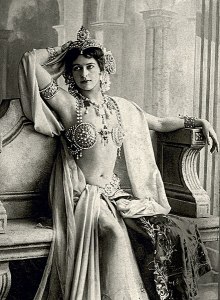 Coauthor of THE SPY SITES OF NEW YORK CITY and SPYCRAFT: THE SECRET HISTORY OF THE CIA’S SPYTECHS FROM COMMUNISM TO AL-QAEDA Henry R. Schlesinger’s HONEY TRAPPED: SEX, BETRAYAL AND WEAPONIZED LOVE, examining some of the most famous honey traps, from Mata Hari to Anna Chapman and Maria Butina, but also “Romeo Spies” such as Roald Dahl and Dmitri Bystrolyotov.

If the so-called “honey trap” is a Hollywood cliche, it is also a tried and very true piece of tradecraft in the real-life world of spy versus spy and has been used by virtually every intelligence service from ancient times to the present day.

In this compelling investigation, author Michael Smith explores the critical moment in a spy’s life: that split-second decision to embrace a double life; to cheat and hide and hurt; to risk disgrace – even death – without any guarantee of being rewarded or even recognised. Each chapter centres on a number of different spies, following the path they took that led, finally, to the point of no return.

Were they propelled by personal convictions? Blackmailed and left without a choice? Too desperate for money to think about the consequences?

Through in-depth insider knowledge, Michael Smith also uncovers new and unknown cases, including a spy inside ISIS, President Trump’s links with Russia and Edward Snowden’s role as a whistle-blower, to offer compelling psychological portraits of these men and women, homing unerringly on the fault-lines and shady corners of their characters, their weaknesses and their strengths, the lies they tell other people, and the lies they always end up telling themselves.

Nigel West: “A fascinating study of betrayal, the foibles and compulsions that motivated so many traitors to betray their countries and compromise classified information. Definitely an essential handbook for the layman as well as the molehunter and counter-intelligence professional.”

Andy McNab: “There are very few ex-intelligence officers who know their stuff better than Michael Smith. If you’re want to know why spies put their lives in danger, this is the book for you.”

MICHAEL SMITH is a best-selling author, who spent a decade in military intelligence before becoming an award-winning journalist for the BBC, the Daily Telegraph and the Sunday Times. Smith is the author of a number of books, including The Secrets of Station X, Killer Elite and Foley: The Spy Who Saved 10,000 Jews. 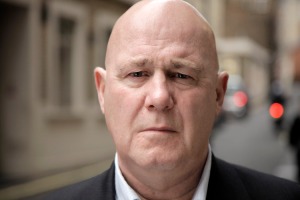 Author of STATION X, KILLER ELITE and NO MAN DIES TWICE Michael Smith’s ANATOMY OF A SPY, about why people are prepared to put their lives at risk in order to collect intelligence, how the intelligence services ensure that the agents they recruit do what they want and will not betray them, using interviews with current and former British, American, Russian, European and Pakistani spies, to The History Press, for publication in autumn of 2019.

The book will also be released in the US through Skyhorse Publishing in early 2020.

The re-issued book will provide an opportunity to tell a wealth of previously unknown spy stories from the very human angle of the agents themselves including new material post the Mueller Report.

Many will be new but more famous cases will appear in brief, focusing on the spies’ motivations and alongside the real agents, the book will refer to the motivations of fictional agents where they have been created by former intelligence officers turned spy writers such as Graham Greene, John le Carre, Alan Judd and Matthew Dunn.