Sandstone Press has acquired World Rights for CJ Schüler’s next book, THE WOOD THAT BUILT LONDON: A Social and Environmental History of the Great North Wood.

Drawing on a wealth of documents, historic maps and environmental evidence, this compelling narrative history charts the fortunes of the North Wood from the earliest times: its ecology, its ownership, its management, and its gradual encroachment by the expanding metropolis. 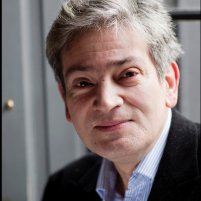 It takes in the great events of history that had a major impact on the woods: the Dissolution of the Monasteries, the Civil War, the Industrial Revolution, the enclosure of common lands, the construction of the railways, and two world wars.

Its rich cast of characters includes archbishops and aristocrats, smugglers and highwaymen – and the writers and artists, including Samuel Pepys, Lord Byron, Robert Browning, Samuel Palmer and John Ruskin, drawn to the woods over the centuries.

Extensively illustrated with maps, prints and modern colour photographs, it also records the threats to the woods from development in recent decades, the popular campaigns to defend them, the dramatic planning battles that ensued, and the formation of the London Wildlife Trust.

Schüler’s previous book is ALONG THE AMBER ROUTE, described by The Financial Times as a ‘timely and powerful book is more than an enticing travelogue or a paean to amber.’

Published by Cull and Co. Ltd

View all posts by Cull and Co. Ltd